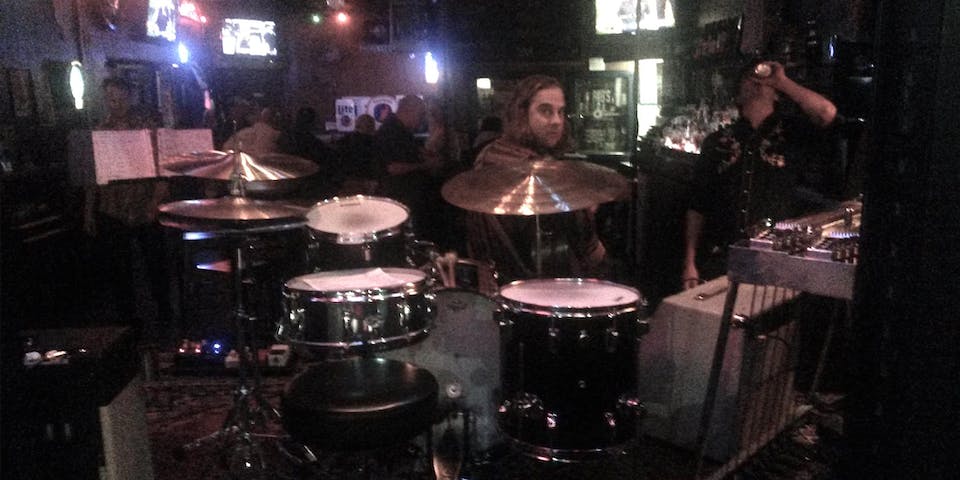 After moving to Chicago with a bunch of songs and 4-track recordings in 1999, Thomas Comerford founded and led the indie rock outfit Kaspar Hauser over a series of lineups and LP releases in the 2000s. By 2010, he was also playing “solo” shows with a number of backing musicians and releasing his own LPs, including "Archive + Spiral" in 2011 and "II" in 2014. The music, songs and singing on these LPs have been compared to the likes of Jeff Tweedy and Tom Waits ("USA Today"). His third solo LP "Blood Moon" saw release in June 2018. Featuring Comerford’s baritone—and occasional falsetto—in the midst of largely acoustic or gently electric arrangements, 3-part backing vocals and duets, the music on "Blood Moon" drew comparisons to singing songwriters like Van Morrison ("Chicago Reader") and Leonard Cohen ("Chicago Maroon"). He is currently mixing his 4th LP.

Gnarrenschiff has spent the last decade creating otherworldly music from the underworld of Milwaukee. With two electric sazes (a stringed instrument from Turkey) played by Gabe Jankowski and Didier Leplae, bass played by Pete Railand and bodhran played by Bob Ellquist, Gnarrenschiff entrances listeners with their hypnotic compositions. Born in a kitchen during the darkest days of winter, Gnarrenschiff remains an anomaly within the city of its birth and is no hurry to do things differently. The group released a split 12" record in November with Pittsburgh's amazing Come Holy Spirit.