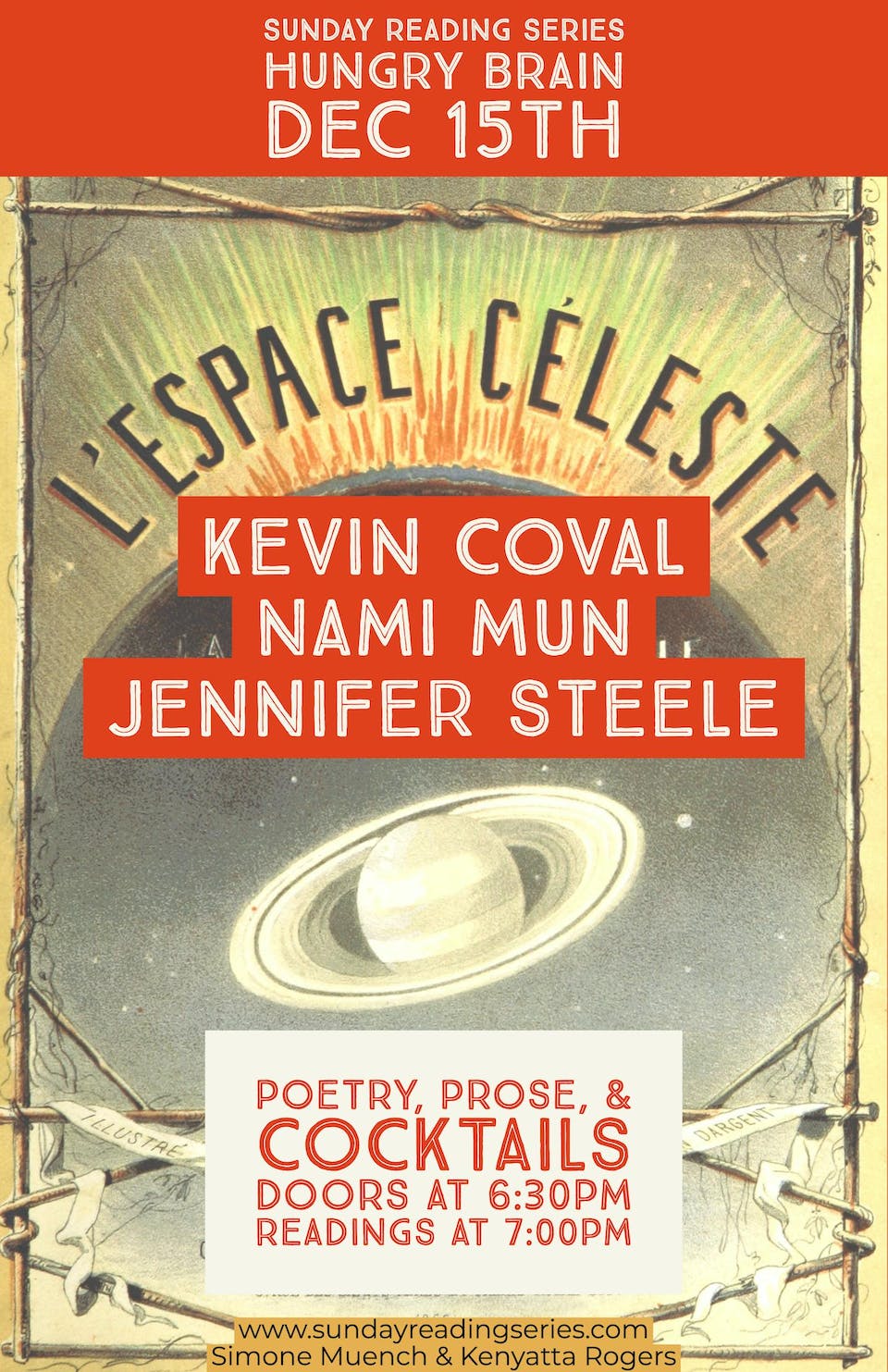 KEVIN COVAL is a poet & author of A People's History of Chicago, Everything Must Go: The Life & Death of an American Neighborhood & over ten other full length collections, anthologies & chapbooks. He is the founder & editor of The BreakBeat Poets series on Haymarket Books, Artistic Director of Young Chicago Authors, which won a MacArthur Award in 2016, & founder of Louder Than a Bomb: The Chicago Youth Poetry Festival, the world's largest youth poetry festival, now in more than 19 cities around North America. He's got a lot of hustles. He also is the recipient of the 2019 Gwendolyn Brooks Youth Advocacy Award, the 2018 Studs Terkel Award & the 2017 John Peter Altgeld Freedom of Speech Award. He co-hosts the podcast The Cornerstore on WGN Radio cuz he is in love with listening & can be found on the interconnected networks @kevincoval.

NAMI MUN is the author of Miles from Nowhere, which has received a Whiting Award, a Pushcart Prize, a Hopwood Award, the Chicago Public Library’s 21st Century Award, and was shortlisted for the Orange Prize for New Writers and the Asian American Literary Award. Miles from Nowhere went on to become a national bestseller. Some of Nami’s honors include fellowships and support from The MacDowell Colony, Yaddo, Bread Loaf, Tin House, and Northwestern University. Her work can be found in The New York Times, Granta, Tin House, The Iowa Review, the Pushcart Prize Anthology, and Tales of Two Americas: Stories of Inequality in a Divided Nation, among others. She’s currently an Artist-in-Residence at Northwestern. Previously, she’s worked as an Avon Lady, a street vendor, a photojournalist, a waitress, and a criminal defense investigator.

JENNIFER STEELE is a native of Middletown, CT, and a current Chicagoan, and received her MFA from Columbia College Chicago in 2008. She is the Founder and Executive Director of Revolving Door Arts alongside her service to the young people of Chicago through her work at Chicago Public Library. She is a 2015 fellow of the Callaloo Creative Writing Workshop and her work has appeared in Pittsburgh Poetry Review, Another Chicago Magazine, Callaloo, Columbia Poetry Review, and others. She is the author of the chapbook A House In Its Hunger (Central Square Press, 2018).