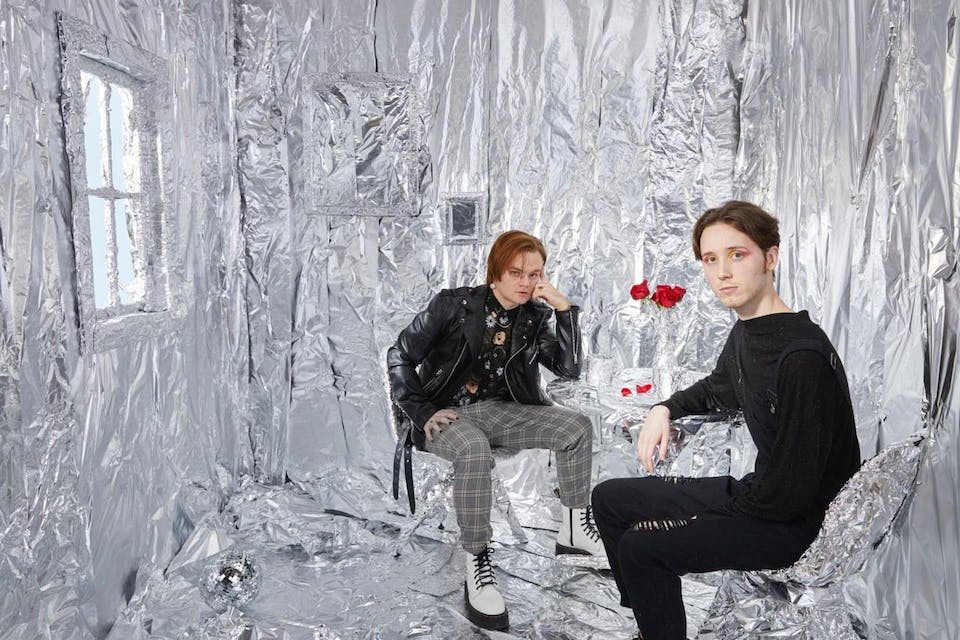 Drawing from elements of 1960's - 70's pop-rock, new wave, and disco, Flora offers a modern spin on timeless pop music. Their live show is electric, with frontman Ryan O'Toole exuding a fierce and fiery passion that defies containment, backed by a colorful trio of piano, bass, and drums. Flora combines the frenetic energy of Talking Heads, the primal screams of Prince, and the heartfelt pop lyricism of Belle and Sebastian, creating a truly singular experience. Their premiere music videos 'Sleep' and 'October Morning Flowers' are out now, as well as their debut full length album 'A Sword of Holly'. Flora recently sold out Chicago venue Schubas and was also featured in the Chicago Tribune.

"Uma Bloo is a character Molly Madden invented in response to world-weariness. Originally a solo project based in burlesque performance, Madden has since expanded into a full-fledged band that connects with audiences through sheer force of will.The sultry existentialist Uma Bloo is often compared to Angel Olsen and Warhol superstar Nico, who shares a penchant for defying traditional boundaries of genre while enticing listeners to reckon with the past."

"Daymaker is a Chicago based Experimental Punk project, formed in 2014. The foursome makes music that reflects the joy and confusion of being inside of one of America’s most compassionate art communities and the extremely threatening political concerns that bring those people together. With hard hitting rhythms and ethereal melodies, Daymaker bends genres brining both muscle and care to their huge sound. A pop band with a wild fluidity, Daymaker is anchored most by their intention to acknowledge mutual pain and struggle with a loud and loving release."