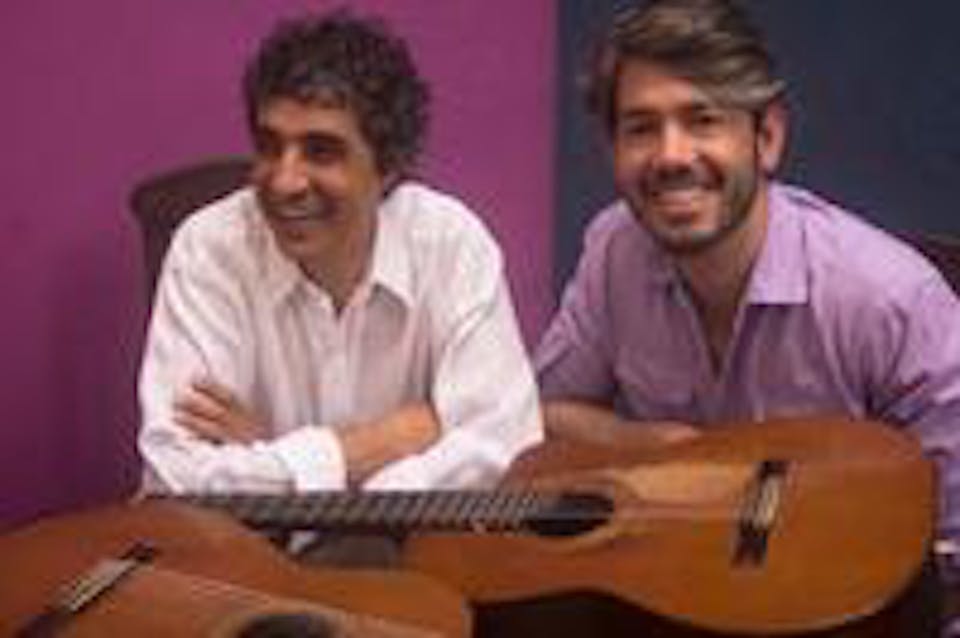 Duo Violão Brasil is the result of guitarists Rogério Souza and Edinho Gerber's reverence for Brazilian guitar, the “violão”, and their desire to explore and expand the musical possibilities of putting two “violões" together. With repertoire from composers like Pixinguinha, Baden Powell, and Tom Jobim, the duo navigates effortlessly through the many styles of 20th century Brazilian popular music while showcasing original works and inventive arrangements. 2019 marks the release of their first album, “A História do Choro”, where the duo joined forces with Bay Area percussionist, Ami Molinelli, to survey the musical history and evolution of Brasil’s greatest art form, Choro, while revealing its rhythmic and harmonic permutations and, in the process, create a unique musical statement, coherent in timbre and vision while marvelously varied in its nuances.

One of the most versatile, skilled, and curious musicians in Chicago, guitarist Goran Ivanovic has built a career built upon exploration. Born and raised in Croatia, he was in the midst of studying at the prestigious Mozarteum University in Salzburg, Austria with masters like Elliot Fisk and Joaquin Clerch when his parents (his father is a Serb, his mother a Bosnian Croat) were expelled in the late 90s; the family was granted asylum in the US and they settled in Chicago.

Since his arrival he’s displayed a deep interest in collaboration, steadily expanding his stylistic range well beyond the European classical music and Balkan sounds he was fluently versed in when he arrived. These days his repertoire not only incorporates those disciplines, but jazz and flamenco as well.

Most recently, Ivanovic released an eponymous trio album with bassist Ulery and percussionist Pete Tashjian where he’s achieved a stunning assimilation of his many influences,