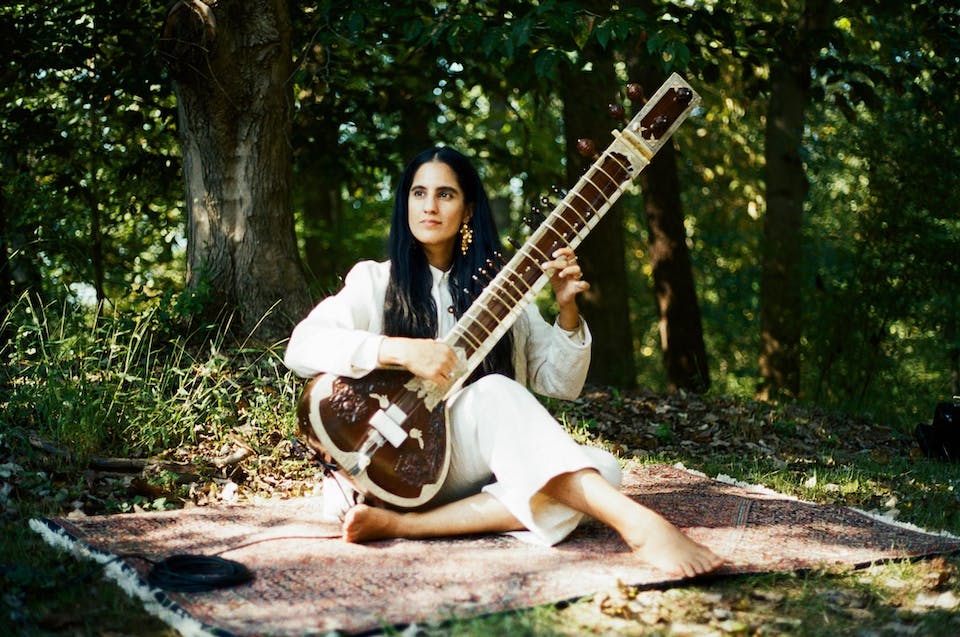 iCal
Google
“ancient Indian texts and hymns meld with Bollywood and electronic music. The result is something completely mesmerizing.” - Pitchfork

Ami Dang fuses sitar, voice, and electronics to create east-meets-west, ambient, experimental, psych-music. In her upcoming experimental album, Parted Plains (to be released in 2019 on Leaving Records) featuring sitar and electronics, she draws inspiration from South Asian and Middle Eastern folktales, specifically, the four tragic romances of Punjab, Sohni Mahiwal, Sassi Punnun, Heer Ranjha, and Mirza Sahiba; Flora Annie Steel’s Tales of the Punjab: Folklore of India, and selected stories from One Thousand and One Nights. Galvanized by the Western interpretations of these stories, Parted Plains unfolds as a new sort of soundtrack for a yet-to-be written folktale that is neither Eastern nor Western, not traditional or contemporary--but somewhere in between.