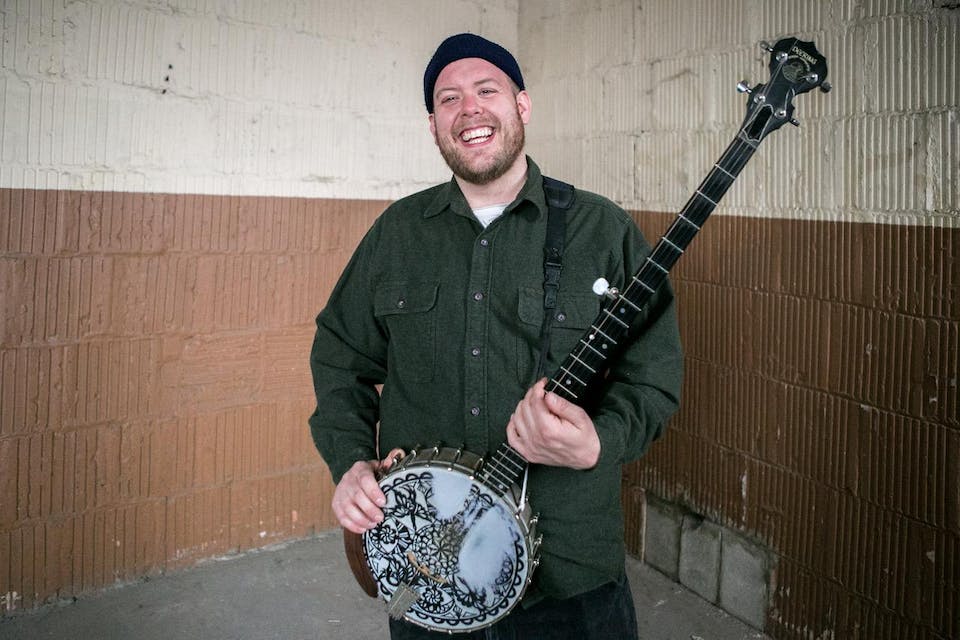 Al Scorch is a songwriter and banjo player from Chicago, IL.

Joseph Allred is a Boston-based multi-instrumentalist, songwriter, singer, experimental composer, and visual artist who is originally from Jamestown, Tennessee. A large portion of his musical output falls into the American Primitive school of original guitar and banjo music, drawing especially from the folk traditions of the southeastern United States as well as from free improvising and avant-garde and minimalist composers such as Arvo Pärt, Charlemagne Palestine, Terry Riley, and Henry Flynt.

Eli Winter (1997) is a guitarist and songwriter based in Chicago. His music is twofold: on the one hand, he writes masterfully composed solo guitar music, moving between 6-string, 12-string and lap guitars in open tunings to make music that’s mature, cathartic and deeply soothing. On the other, he writes concise, direct guitar pop songs with moving harmonies, rich melodies and literate lyrics. His first guitar record, The Time To Come, was released on Blue Hole Recordings in 2019. Winter began recording sessions in Houston immediately after Hurricane Harvey, and the album’s turbulent emotional landscape is in some ways a response to the devastation of the storm.